King James Version (KJV)
And they buried him in the border of his inheritance in Timnath-heres, in the mount of Ephraim, on the north side of the hill Gaash.
Matthew Henry
Concise Bible Commentary
We have a general idea of the course of things in Israel, during the time of the Judges. The nation made themselves as mean and miserable by forsaking God, as they would have been great and happy if they had continued faithful to him. Their punishment answered to the evil they had done. They served the gods of the nations round about them, even the meanest, and God made them serve the princes of the nations round about them, even the meanest. Those who have found God true to his promises, may be sure that he will be as true to his threatenings. He might in justice have abandoned them, but he could not for pity do it. The Lord was with the judges when he raised them up, and so they became saviours. In the days of the greatest distress of the church, there shall be some whom God will find or make fit to help it. The Israelites were not thoroughly reformed; so mad were they upon their idols, and so obstinately bent to backslide. Thus those who have forsaken the good ways of God, which they have once known and professed, commonly grow most daring and desperate in sin, and have their hearts hardened. Their punishment was, that the Canaanites were spared, and so they were beaten with their own rod. Men cherish and indulge their corrupt appetites and passions; therefore God justly leaves them to themselves, under the power of their sins, which will be their ruin. God has told us how deceitful and desperately wicked our hearts are, but we are not willing to believe it, until by making bold with temptation we find it true by sad experience. We need to examine how matters stand with ourselves, and to pray without ceasing, that we may be rooted and grounded in love, and that Christ may dwell in our hearts by faith. Let us declare war against every sin, and follow after holiness all our days.
Was this helpful?
SDA Bible Commentary (limited)
Volume 1-7

9. In Timnath-heres. Literally, “portion of the sun.” In Joshua 19:50 and 24:30, Timnath-serah, “extra portion” (first and last letters of the second part transposed). It cannot be definitely known which represents the correct spelling. The town was named Timnath, and because it was situated in a mountainous section known as Heres (see Judges 1:35), it is thought that the latter name may have been added to keep it from being confused with other towns named Timnath. The place is now called Khirbet Tibneh and is 9 3/4 mi. (15.6 km.) northwest of Bethel in the central highlands. 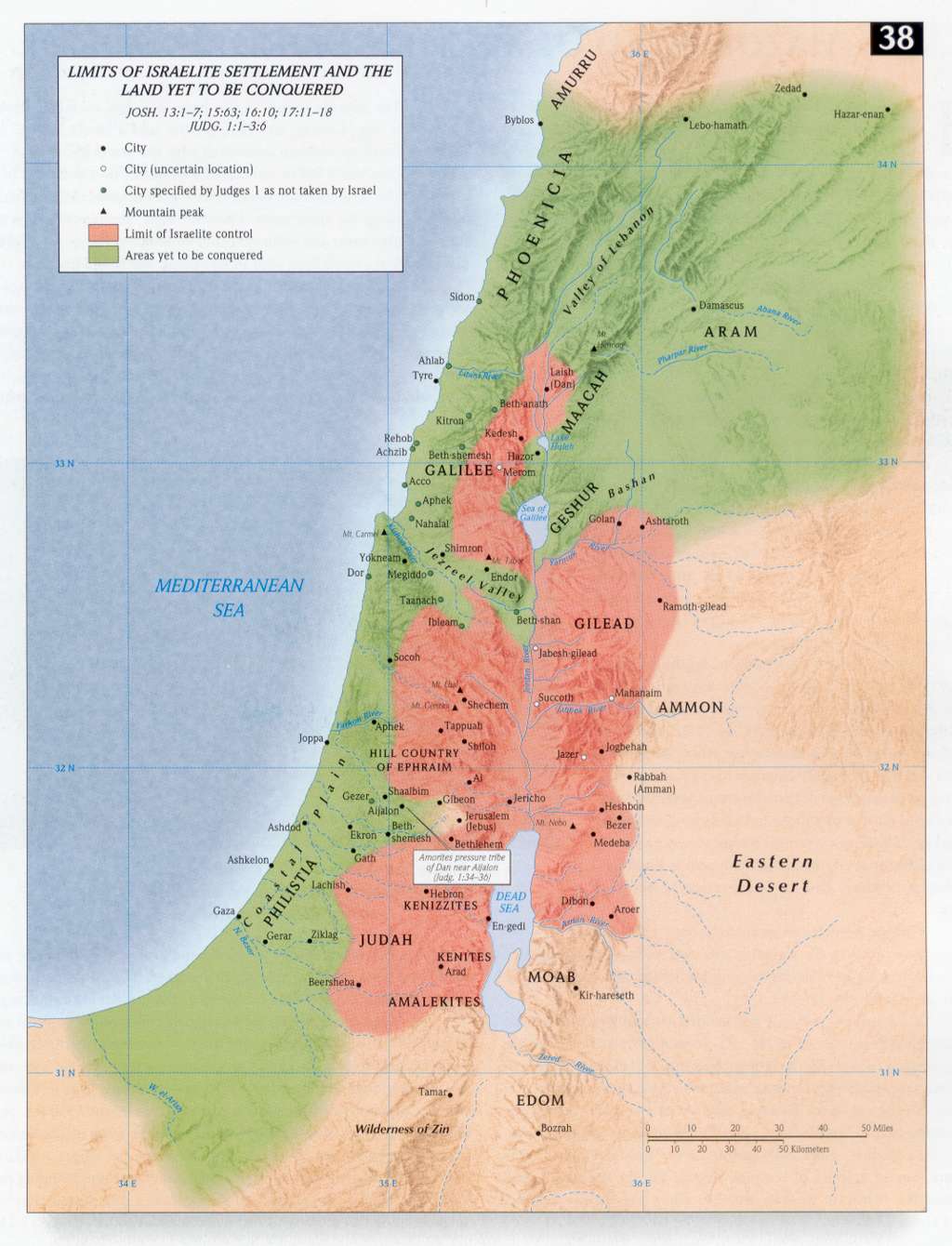 The Period of the Judges