King James Version (KJV)
When they heard this, they were baptized in the name of the Lord Jesus.
Adam Clarke
Bible Commentary

When they heard this, etc. - As there is no evidence in the New Testament of persons being rebaptized, unless this be one, many criticisms have been hazarded to prove that these persons were not rebaptized. I see no need of this. To be a Christian, a man must be baptized in the Christian faith: these persons had not been baptized into that faith, and therefore were not Christians: they felt this, and were immediately baptized into the name of the Lord Jesus. This is a plain case; but let one instance be produced of a person being rebaptized, who had before been baptized in the name of the holy Trinity, or even in the name of Jesus alone. In my view, it is an awful thing to iterate baptism when it had been before essentially performed: by "essentially performed," I mean, administered by sprinkling, washing, or plunging, by or in water, in the name of the Father, Son, and Spirit, being invoked at the time. Whoever has had this has the essence of baptism, as far as that can be conferred by man; and it matters not at what period of his life he has had it; it is a substantial baptism, and by it the person has been fully consecrated to the holy and blessed Trinity; and there should not be an iteration of this consecration on any account whatever. It is totally contrary to the canon law; it is contrary to the decisions of the best divines; it is contrary to the practice of the purest ages of the Church of God; it is contrary to the New Testament, and tends to bring this sacred ordinance into disrepute.

They were baptized … - As there is no other instance in the New Testament of any persons having been rebaptized, it has been made a question by some critics whether it was done here; and they have supposed that all this is the narrative of Luke respecting what took place under the ministry of John: to wit, that he told them to believe on Christ Jesus, and then baptized them in his name. But this is a most forced construction; and it is evident that these persons were rebaptized by the direction of Paul. For:

(1) This is the obvious interpretation of the passage - what would strike all persons as correct, unless there were some previous theory to support.

(2) it was not a matter of fact that John baptized in the name of Christ Jesus. His was the baptism of repentance; and there is not the slightest evidence that he ever used the name of Jesus in the form of baptism.

(3) if it be the sense of the passage that John baptized them in the name of Jesus, then this verse is a mere repetition of Acts. Acts 19:4; a tautology of which the sacred writers would not be guilty.

(4) it is evident that the persons on whom Paul laid his hands Acts. Acts 19:6, and those who were baptized, were the same. But these were the persons who heard Acts. Acts 19:5 what was said. The narrative is continuous, all parts of it cohering together as relating to a transaction that occurred at the same time. If the obvious interpretation of the passage be the true one, it follows that the baptism of John was not strictly Christian baptism. It was the baptism of repentance; a baptism designed to prepare the way for the introduction of the kingdom of the Messiah. It will not follow, however, from this that Christian baptism is now ever to be repeated. For this there is no warrant in the New Testament. There is no command to repeat it, as in the case of the Lord‘s Supper; and the nature and design of the ordinance evidently supposes that it is to be performed but once. The disciples of John were rebaptized, not because baptism is designed to be repeated, but because they never had been, in fact, baptized in the manner prescribed by the Lord Jesus.

Was this helpful?
Matthew Henry
Concise Bible Commentary
Paul, at Ephesus, found some religious persons, who looked to Jesus as the Messiah. They had not been led to expect the miraculous powers of the Holy Ghost, nor were they informed that the gospel was especially the ministration of the Spirit. But they spake as ready to welcome the notice of it. Paul shows them that John never design that those he baptized should rest there, but told them that they should believe on Him who should come after him, that is, on Christ Jesus. They thankfully accepted the discovery, and were baptized in the name of the Lord Jesus. The Holy Ghost came upon them in a surprising, overpowering manner; they spake with tongues, and prophesied, as the apostles and the first Gentile coverts did. Though we do not now expect miraculous powers, yet all who profess to be disciples of Christ, should be called on to examine whether they have received the seal of the Holy Ghost, in his sanctifying influences, to the sincerity of their faith. Many seem not to have heard that there is a Holy Ghost, and many deem all that is spoken concerning his graces and comforts, to be delusion. Of such it may properly be inquired, "Unto what, then, were ye baptized?" for they evidently know not the meaning of that outward sign on which they place great dependence.
Was this helpful?
Ellen G. White
The Acts of the Apostles, 281-5 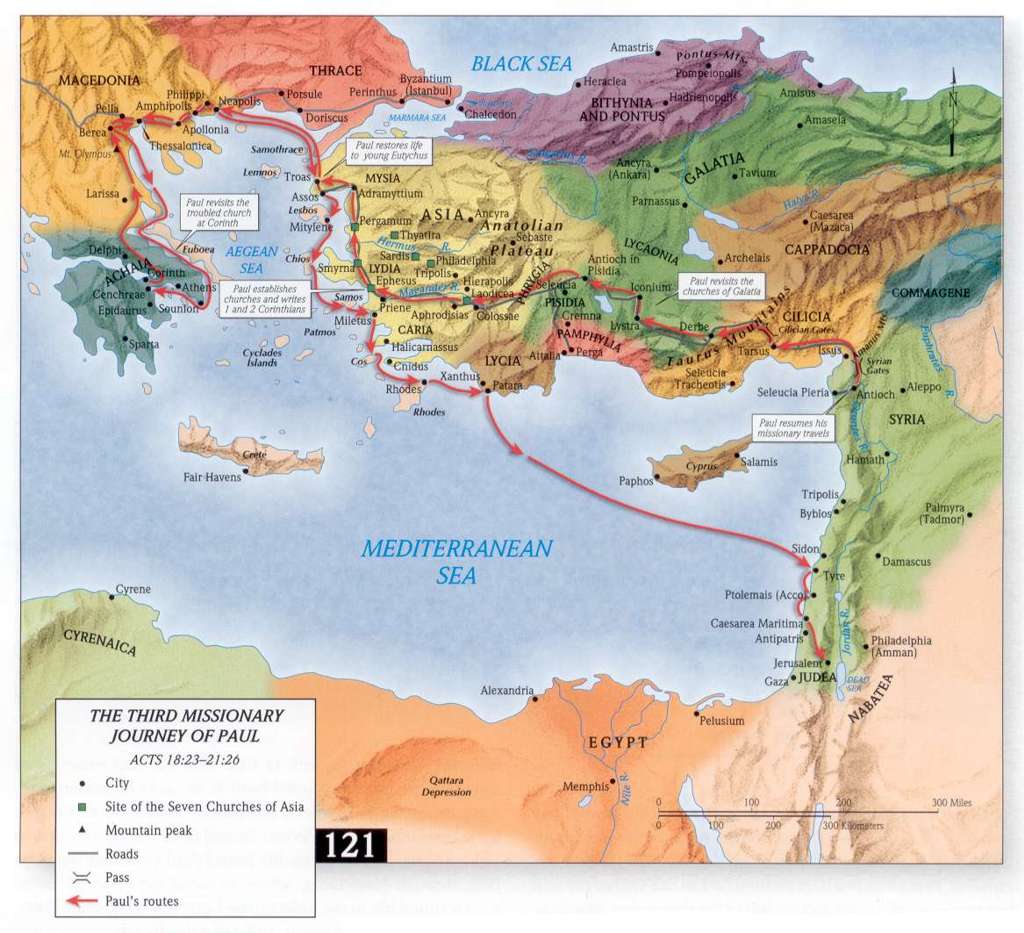