King James Version (KJV)
Howbeit from the sins of Jeroboam the son of Nebat, who made Israel to sin, Jehu departed not from after them, to wit, the golden calves that were in Beth-el, and that were in Dan.
Albert Barnes
Notes on the Whole Bible

To abolish the calf-worship was a thought which had probably never occurred to Jehu. He had religious feeling enough, and patriotism enough, to detest the utterly debasing Astarte worship; but the pure worship of Yahweh was altogether beyond and above him.

Was this helpful?
Matthew Henry
Concise Bible Commentary
It is justly questionable whether Jehu acted from a good principle, and whether he did not take some false steps in doing it; yet no services done for God shall go unrewarded. But true conversion is not only from gross sin, but from all sin; not only from false gods, but from false worships. True conversion is not only from wasteful sins, but from gainful sins; not only from sins which hurt our worldly interests, but from those that support and befriend them; in forsaking which is the great trial whether we can deny ourselves and trust God. Jehu showed great care and zeal for rooting out a false religion, but in the true religion he cared not, took no heed to please God and do his duty. Those that are heedless, it is to be feared, are graceless. The people were also careless, therefore it is not strange that in those days the Lord began to cut Israel short. They were short in their duty to God, therefore God cut them short in their extent, wealth, and power.
Was this helpful?
SDA Bible Commentary (limited)
Volume 1-7

29. Jehu departed not. Jehu fought evil, but he employed evil to do it. Sin can never be overcome by sin. Wickedness in one form will never root out wickedness in other forms. Baal worship needed to be wiped out from Israel. But there was little of permanent good to be accomplished if Baal was not to be replaced by the worship of God. Jehu failed in that he did nothing to transform the hearts of his people. A man who himself did not depart from the sins of Jeroboam that had brought evil upon Israel, could hardly hope to deliver his nation from the sad effects of such iniquity.

The golden calves. These were the most important religious shrines in the nation, and were among the chief sources of the nation’s evil. By this time Bethel and Dan were no doubt regarded as national shrines, and held the same place in the regard of the people of Israel as did the Jerusalem Temple in Judah. If Jehu’s main aim had been righteousness and a return to Jehovah, he would have turned his zeal against the golden calves of Dan and Bethel as well as the house of Baal.

16, 18. Jezebel's Scheme Unsuccessful—With her seductive arts, Jezebel made Jehoshaphat her friend. She arranged a marriage between her daughter Athaliah and Jehoram, the son of Jehoshaphat. She knew that her daughter, brought up under her guidance and as unscrupulous as herself, would carry out her designs. But did she? No; the sons of the prophets, who had been educated in the schools which Samuel established, were steadfast for truth and righteousness (Manuscript 116, 1899). 2BC 1038.1 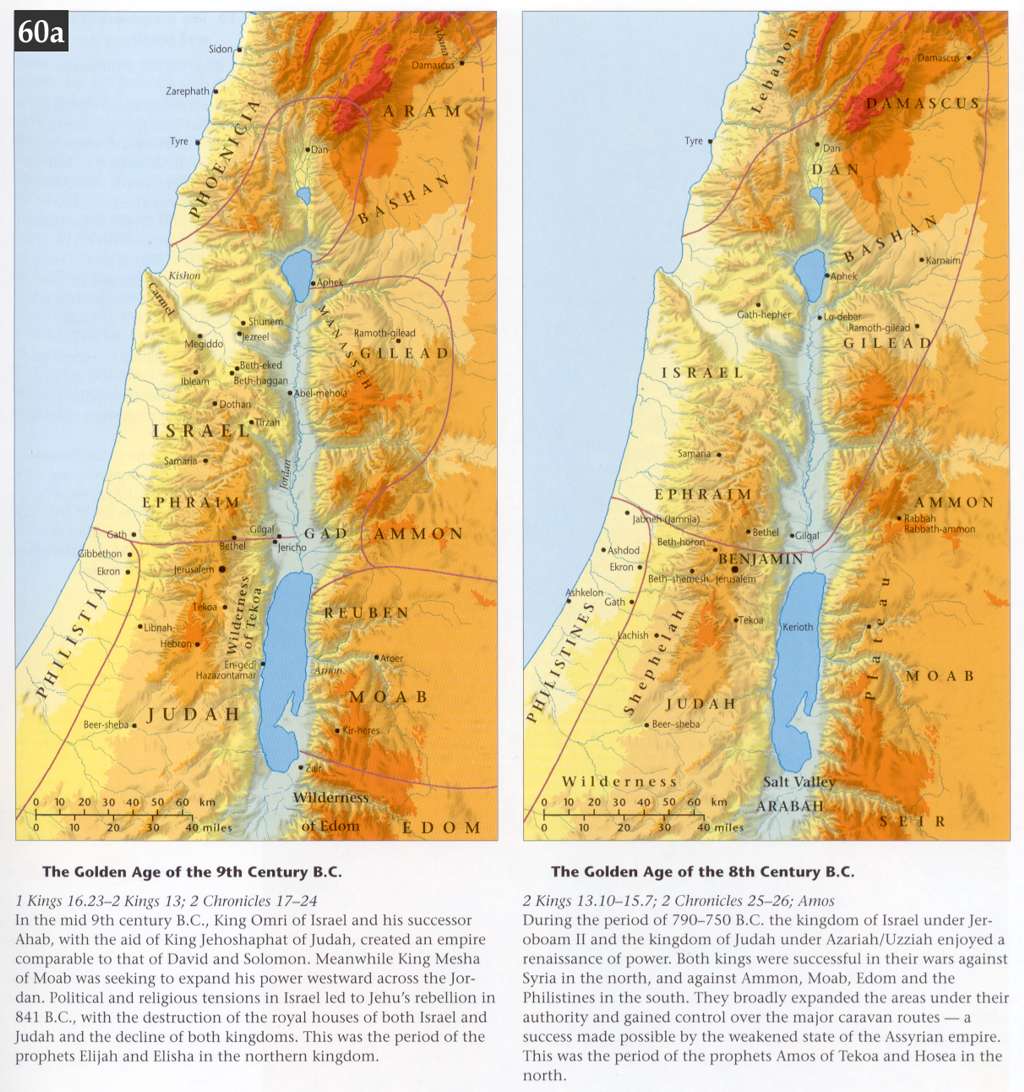 The Revolt of Jehu 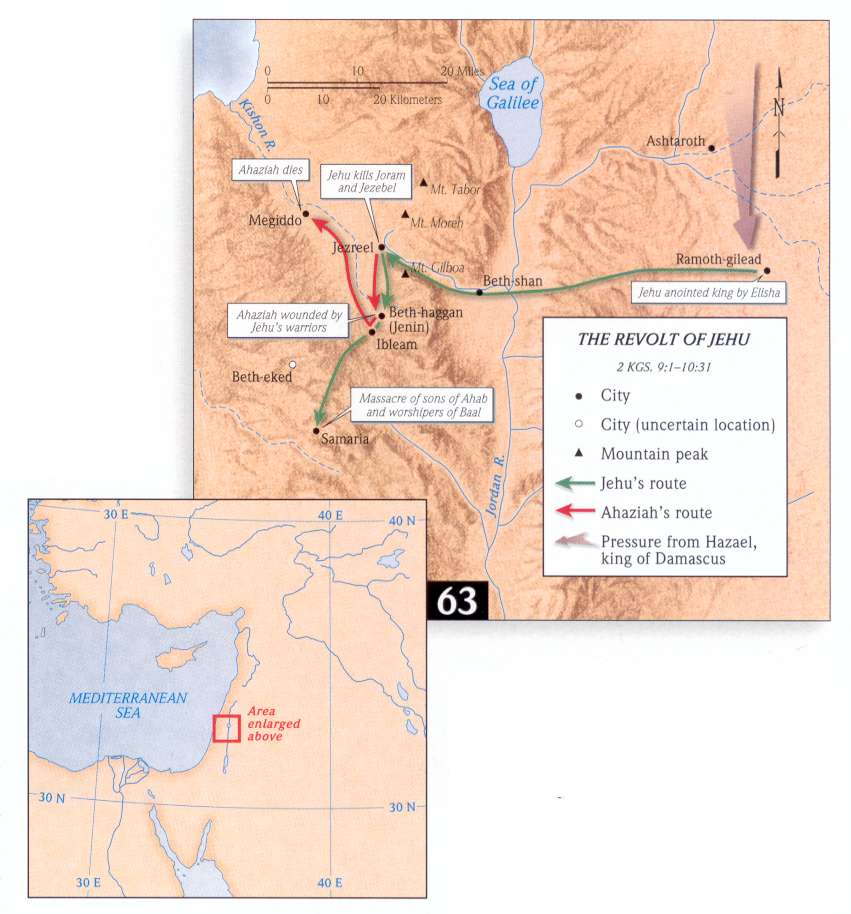