Shalt return his blood - i. e. “his shedding of blood.”

Was this helpful?
Matthew Henry
Concise Bible Commentary
Solomon's words to Abiathar, and his silence, imply that some recent conspiracies had been entered into. Those that show kindness to God's people shall have it remembered to their advantage. For this reason Solomon spares Abiathar's life, but dismisses him from his offices. In case of such sins as the blood of beasts would atone for, the altar was a refuge, but not in Joab's case. Solomon looks upward to God as the Author of peace, and forward to eternity as the perfection of it. The Lord of peace himself gives us that peace which is everlasting.
Was this helpful?
Ellen G. White
Patriarchs and Prophets, 749-50

Still another shadow was to gather over the last years of David. He had reached the age of threescore and ten. The hardships and exposures of his early wanderings, his many wars, the cares and afflictions of his later years, had sapped the fountain of life. Though his mind retained its clearness and strength, feebleness and age, with their desire for seclusion, prevented a quick apprehension of what was passing in the kingdom, and again rebellion sprang up in the very shadow of the throne. Again the fruit of David's parental indulgence was manifest. The one who now aspired to the throne was Adonijah, “a very goodly man” in person and bearing, but unprincipled and reckless. In his youth he had been subjected to but little restraint; for “his father had not displeased him at any time in saying, Why hast thou done so?” He now rebelled against the authority of God, who had appointed Solomon to the throne. Both by natural endowments and religious character Solomon was better qualified than his elder brother to become ruler of Israel; yet although the choice of God had been clearly indicated, Adonijah did not fail to find sympathizers. Joab, though guilty of many crimes, had heretofore been loyal to the throne; but he now joined the conspiracy against Solomon, as did also Abiathar the priest. PP 749.1

The rebellion was ripe; the conspirators had assembled at a great feast just without the city to proclaim Adonijah king, when their plans were thwarted by the prompt action of a few faithful persons, chief among whom were Zadok the priest, Nathan the prophet, and Bathsheba the mother of Solomon. They represented the state of affairs to the king, reminding him of the divine direction that Solomon should succeed to the throne. David at once abdicated in favor of Solomon, who was immediately anointed and proclaimed king. The conspiracy was crushed. Its chief actors had incurred the penalty of death. Abiathar's life was spared, out of respect to his office and his former fidelity to David; but he was degraded from the office of high priest, which passed to the line of Zadok. Joab and Adonijah were spared for the time, but after the death of David they suffered the penalty of their crime. The execution of the sentence upon the son of David completed the fourfold judgment that testified to God's abhorrence of the father's sin. PP 749.2

From the very opening of David's reign one of his most cherished plans had been that of erecting a temple to the Lord. Though he had not been permitted to execute this design, he had manifested no less zeal and earnestness in its behalf. He had provided an abundance of the most costly material—gold, silver, onyx stones, and stones of divers colors; marble, and the most precious woods. And now these valuable treasures that he had collected must be committed to others; for other hands must build the house for the ark, the symbol of God's presence. PP 750.1 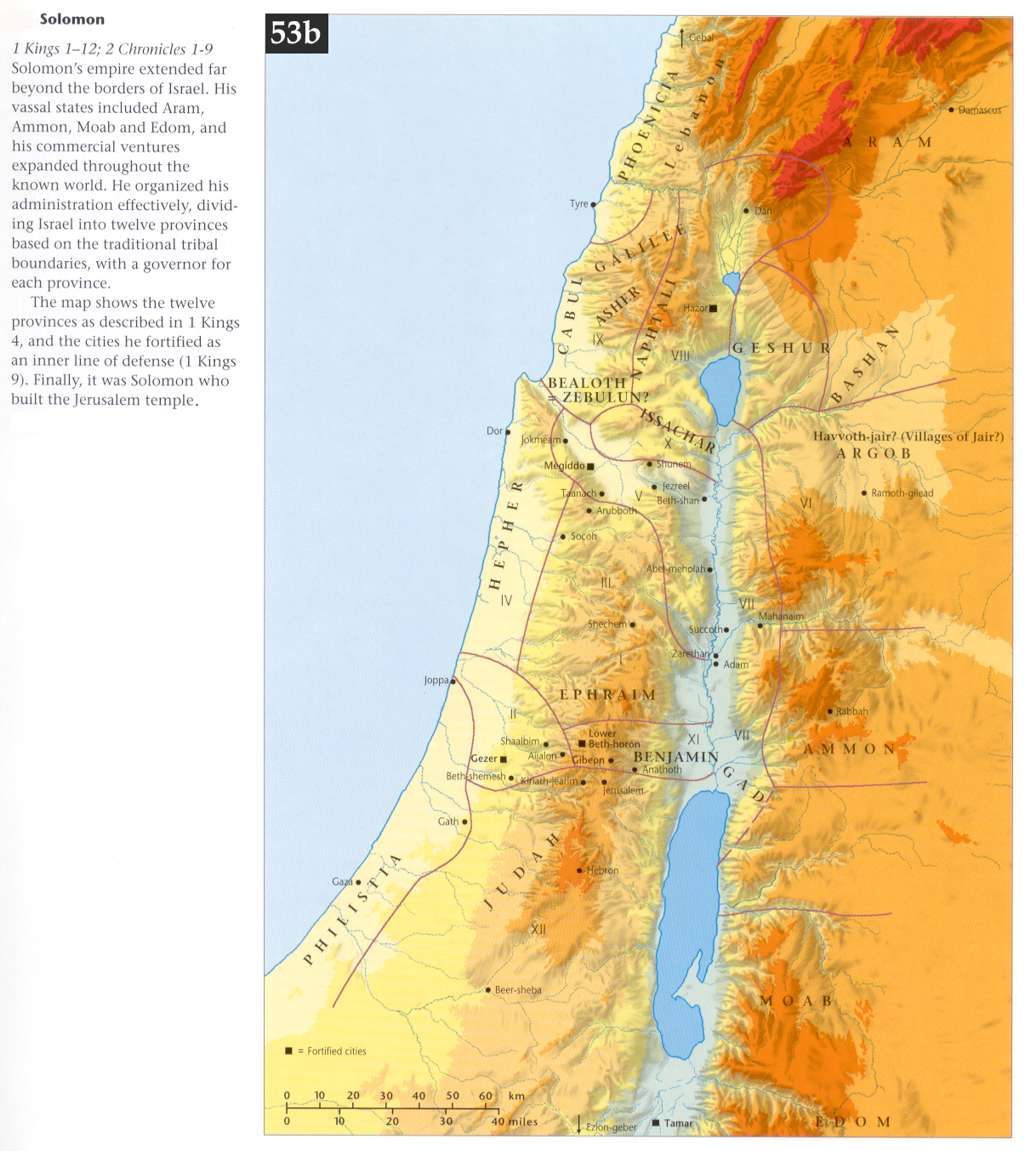