King James Version (KJV)
As he spake by the mouth of his holy prophets, which have been since the world began:
Albert Barnes
Notes on the Whole Bible

His holy prophets … - All the prophets are said to have referred to the Messiah, from the beginning of the world. The most striking of these were Jacob Genesis 49:10; Moses Deuteronomy 18:15; Isaiah Isaiah 9:6-7; Isaiah 53:1-12.

Since the world began - This is not to be taken literally, for there were no prophets “immediately after” the creation. It is merely a general expression, designed to denote that all the prophets had predicted the coming of the Messiah. Compare the Luke 24:27 note; Revelation 19:10 note.

Was this helpful?
Matthew Henry
Concise Bible Commentary
Zacharias uttered a prophecy concerning the kingdom and salvation of the Messiah. The gospel brings light with it; in it the day dawns. In John the Baptist it began to break, and increased apace to the perfect day. The gospel is discovering; it shows that about which we were utterly in the dark; it is to give light to those that sit in darkness, the light of the knowledge of the glory of God in the face of Jesus Christ. It is reviving; it brings light to those that sit in the shadow of death, as condemned prisoners in the dungeon. It is directing; it is to guide our feet in the way of peace, into that way which will bring us to peace at last, Ro 3:17. John gave proofs of strong faith, vigorous and holy affections, and of being above the fear and love of the world. Thus he ripened for usefulness; but he lived a retired life, till he came forward openly as the forerunner of the Messiah. Let us follow peace with all men, as well as seek peace with God and our own consciences. And if it be the will of God that we live unknown to the world, still let us diligently seek to grow strong in the grace of Jesus Christ.
Was this helpful?
SDA Bible Commentary (limited)
Volume 1-7

Since the world began. That is, “from of old,” or, “anciently.” This expression is characteristic of Luke (see Acts 3:21; 15:18). The first prophecy of a Redeemer was made in the Garden of Eden at the time man sinned (see Gen. 3:15). Enoch pointed men of his generation forward to the Messiah (Jude 14, 15), and to each succeeding generation God sent inspired witnesses to testify of the certainty of salvation. One and all, they bore witness to Christ (see Acts 3:21; 1 Peter 1:10-12).

Was this helpful?
Ellen G. White
The Desire of Ages, 44

With amazement the heavenly messengers beheld the indifference of that people whom God had called to communicate to the world the light of sacred truth. The Jewish nation had been preserved as a witness that Christ was to be born of the seed of Abraham and of David's line; yet they knew not that His coming was now at hand. In the temple the morning and the evening sacrifice daily pointed to the Lamb of God; yet even here was no preparation to receive Him. The priests and teachers of the nation knew not that the greatest event of the ages was about to take place. They rehearsed their meaningless prayers, and performed the rites of worship to be seen by men, but in their strife for riches and worldly honor they were not prepared for the revelation of the Messiah. The same indifference pervaded the land of Israel. Hearts selfish and world-engrossed were untouched by the joy that thrilled all heaven. Only a few were longing to behold the Unseen. To these heaven's embassy was sent. DA 44.1

Angels attend Joseph and Mary as they journey from their home in Nazareth to the city of David. The decree of imperial Rome for the enrollment of the peoples of her vast dominion has extended to the dwellers among the hills of Galilee. As in old time Cyrus was called to the throne of the world's empire that he might set free the captives of the Lord, so Caesar Augustus is made the agent for the fulfillment of God's purpose in bringing the mother of Jesus to Bethlehem. She is of the lineage of David, and the Son of David must be born in David's city. Out of Bethlehem, said the prophet, “shall He come forth ... that is to be ruler in Israel; whose goings forth have been from of old, from the days of eternity.” Micah 5:2, margin. But in the city of their royal line, Joseph and Mary are unrecognized and unhonored. Weary and homeless, they traverse the entire length of the narrow street, from the gate of the city to the eastern extremity of the town, vainly seeking a resting place for the night. There is no room for them at the crowded inn. In a rude building where the beasts are sheltered, they at last find refuge, and here the Redeemer of the world is born. DA 44.2

Men know it not, but the tidings fill heaven with rejoicing. With a deeper and more tender interest the holy beings from the world of light are drawn to the earth. The whole world is brighter for His presence. Above the hills of Bethlehem are gathered an innumerable throng of angels. They wait the signal to declare the glad news to the world. Had the leaders in Israel been true to their trust, they might have shared the joy of heralding the birth of Jesus. But now they are passed by. DA 47.1

Read in context »
Was this helpful?
Ellen G. White
The Desire of Ages, 100

The Holy Spirit rested upon Zacharias, and in these beautiful words he prophesied of the mission of his son: DA 100.1

“Thou, child, shalt be called the prophet of the Highest;
For thou shalt go before the face of the Lord to prepare His ways;
To give knowledge of salvation unto His people
By the remission of their sins,
Through the tender mercy of our God,
Whereby the Dayspring from on high hath visited us,
To give light to them that sit in darkness and in the shadow of
death,
To guide our feet into the way of peace.” DA 100.2

“And the child grew, and waxed strong in spirit, and was in the deserts till the day of his showing unto Israel.” Before the birth of John, the angel had said, “He shall be great in the sight of the Lord, and shall drink neither wine nor strong drink; and he shall be filled with the Holy Ghost.” God had called the son of Zacharias to a great work, the greatest ever committed to men. In order to accomplish this work, he must have the Lord to work with him. And the Spirit of God would be with him if he heeded the instruction of the angel. DA 100.3

Read in context »
Was this helpful?
Ellen G. White
The Desire of Ages, 133

This body was made up of members chosen from the priesthood, and from the chief rulers and teachers of the nation. The high priest was usually the president. All its members were to be men advanced in years, though not aged; men of learning, not only versed in Jewish religion and history, but in general knowledge. They were to be without physical blemish, and must be married men, and fathers, as being more likely than others to be humane and considerate. Their place of meeting was an apartment connected with the temple at Jerusalem. In the days of Jewish independence the Sanhedrin was the supreme court of the nation, possessing secular as well as ecclesiastical authority. Though now subordinated by the Roman governors, it still exercised a strong influence in civil as well as religious matters. DA 133.1

The Sanhedrin could not well defer an investigation of John's work. There were some who recalled the revelation made to Zacharias in the temple, and the father's prophecy, that had pointed to his child as the Messiah's herald. In the tumults and changes of thirty years, these things had in a great measure been lost sight of. They were now called to mind by the excitement concerning the ministry of John. DA 133.2

It was long since Israel had had a prophet, long since such a reformation as was now in progress had been witnessed. The demand for confession of sin seemed new and startling. Many among the leaders would not go to hear John's appeals and denunciations, lest they should be led to disclose the secrets of their own lives. Yet his preaching was a direct announcement of the Messiah. It was well known that the seventy weeks of Daniel's prophecy, covering the Messiah's advent, were nearly ended; and all were eager to share in that era of national glory which was then expected. Such was the popular enthusiasm that the Sanhedrin would soon be forced either to sanction or to reject John's work. Already their power over the people was waning. It was becoming a serious question how to maintain their position. In the hope of arriving at some conclusion, they dispatched to the Jordan a deputation of priests and Levites to confer with the new teacher. DA 133.3

Read in context »
Was this helpful?
Ellen G. White
The Desire of Ages, 144

Jesus did not begin His ministry by some great work before the Sanhedrin at Jerusalem. At a household gathering in a little Galilean village His power was put forth to add to the joy of a wedding feast. Thus He showed His sympathy with men, and His desire to minister to their happiness. In the wilderness of temptation He Himself had drunk the cup of woe. He came forth to give to men the cup of blessing, by His benediction to hallow the relations of human life. DA 144.1 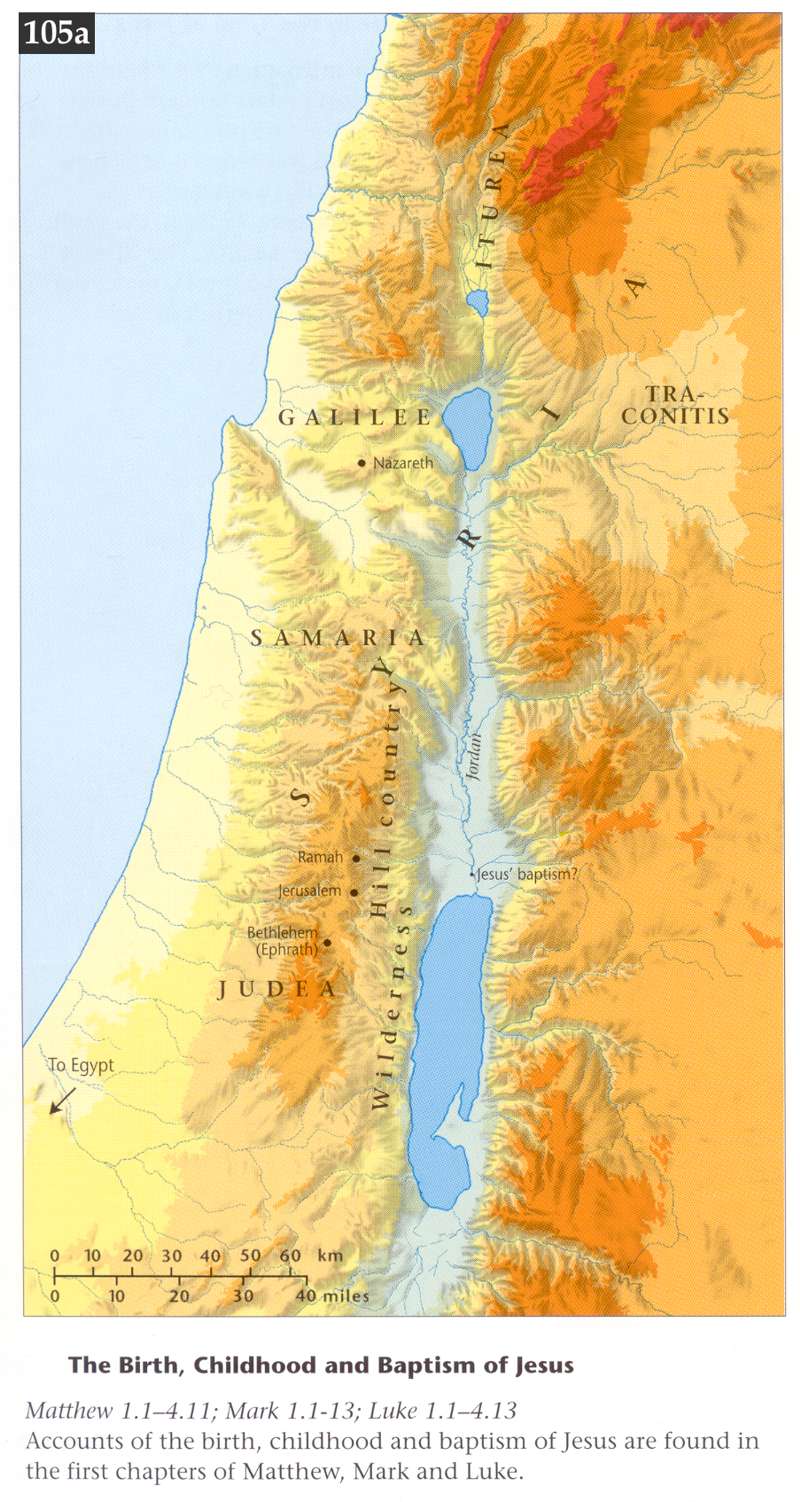